Visiting the village at Chitimba Beach

Visiting the village at Chitimba Beach

While in Malawi, we stopped off at a place called Chitimba Beach- a little campsite right on the shores of Lake Malawi. We spent a few days there, swimming in the lake, playing volleyball, and relaxing for the most part, but our main reason for stopping there was to have an opportunity to spend some time in a local village, and a chance to visit some local children in their village’s school. The opportunity to interact with the students and teachers was something that we had all been looking forward to the entire trip.

We were scheduled to visit the village on the second day of our stay in Chitimba Beach, so after breakfast was finished and cleaned up, we headed out to the gate to meet the guide that would be taking us to the school. Sure enough, he was ready and waiting for us, and we headed up the dirt road toward the village.

The school wasn’t very far away, and we could hear the sounds of children playing before we even reached the village. We were all excited when we came around a bend in the road and the tiny school came into view- three or four cinderblock buildings in a open square around a courtyard, children of all ages and sizes chasing each other, playing with balls and sticks, chickens and goats scrambling here and there, trying to avoid the playing students. 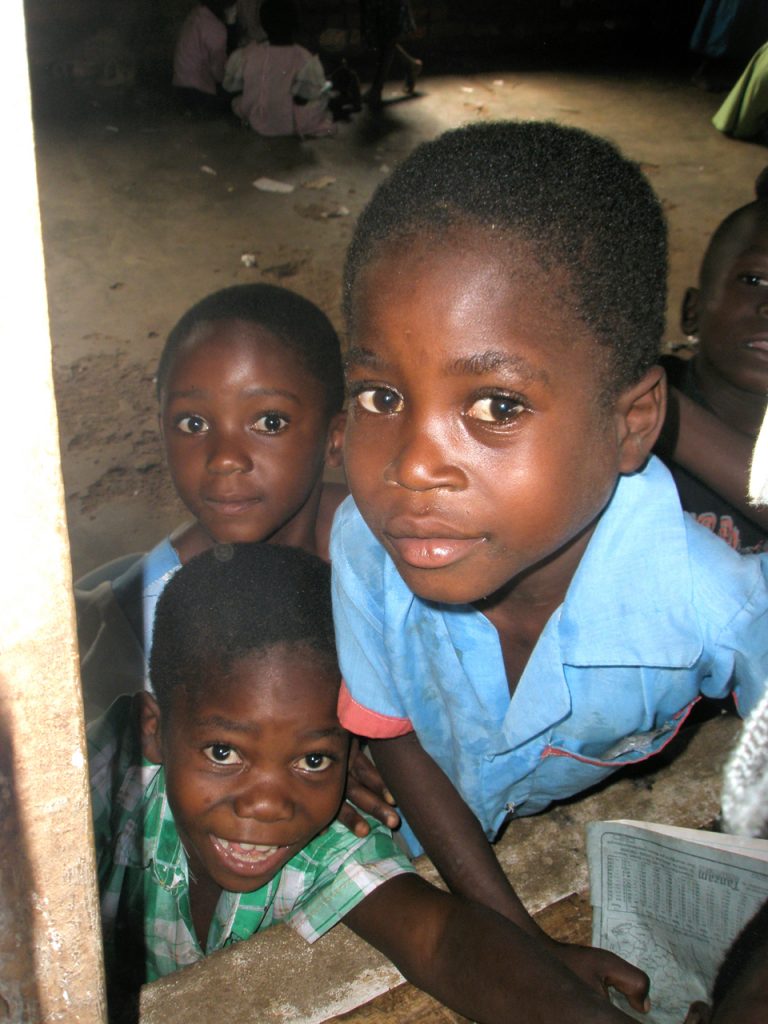 As soon as they saw us, a yell went up from the schoolyard, and the children started rushing over to greet us. They were all smiles and laughs, pulling us this way and that, trying to get us involved in the games with their friends. Of course, we had our cameras out, and that started a riot of kids wanting to get their pictures taken, doing all kinds of crazy dances and poses, each one trying to out-pose the other. They were all jockeying for the best position- right in front of the lens- sometimes so close that the picture was completely blocked out. It was HILARIOUS. The funniest part was that the kids were SO excited about seeing each other on the cameras’ displays- who knows if any of those children had ever seen a photograph of themselves. It was one of those times when I wished I had one of those Polaroid instant photo cameras to share the pictures with the crazy kids… I had my digital video camera going, and they were absolutely ENTHRALLED by being able to see themselves in a movie. This led to even crazier poses and antics, wilder dances and fits of laughter among all of us.

Finally- FINALLY- the teachers got the children settled down enough to where we could talk to them and their teachers about their school and what they were learning. Most of them could speak a bit of English, and they absolutely LOVED to practice. “HELLO!!!” “HOW ARE YOU???” “WHAT IS YOUR NAAAAAAAME?!?!?” It was so fun talking with them, learning their names and what they were studying. It was obvious that their attention was no longer on their lessons, and that the teachers had given up trying to teach them anything while we were around, so after a few more laughs, we said our goodbyes and continued on our trip into the village. 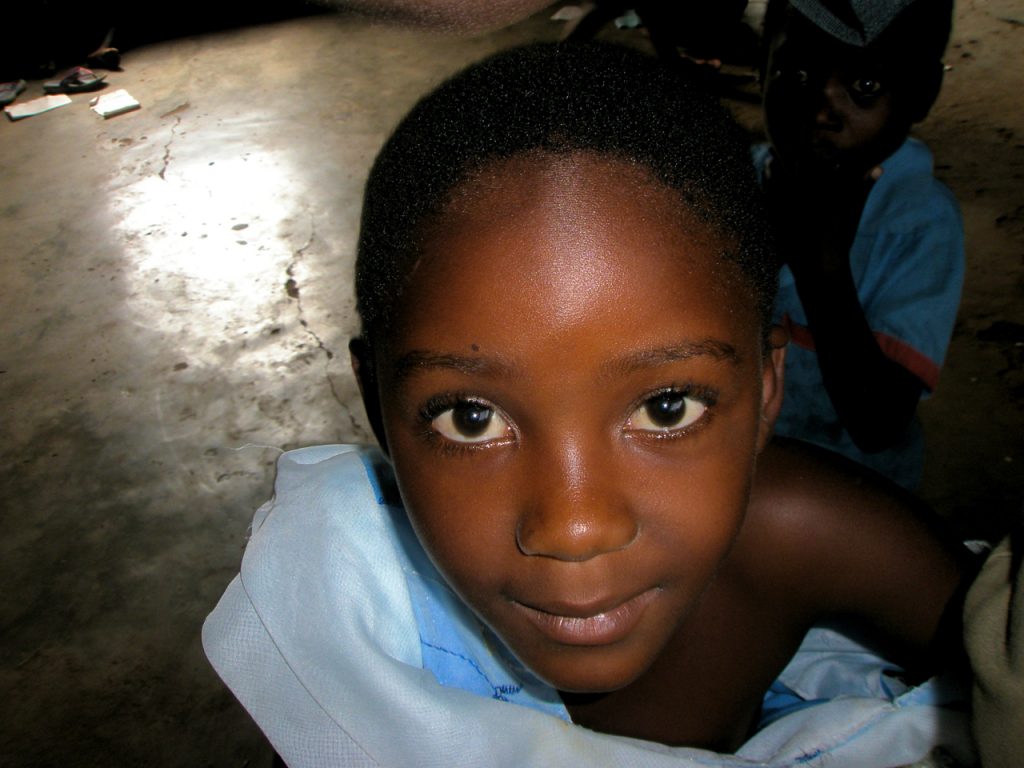 The rest of the day was spent visiting the homes of the people that lived in the village, helping them with some of their daily chores and routines, and talking with them about where we were from and why we were in Africa to begin with. To see people living so happily with so little spoke volumes about their spirit- they were all so friendly and accommodating, taking us into their homes and sharing what little they had with complete strangers. We even had the honor of meeting the local Witch Doctor- the traditional Medicine Man of the village. He came out covered head to toe in bells, and after he was appropriately introduced by his ‘handlers’, did a herky-jerky dance for us, then offered to read our palms and tell us our futures. I was a bit suspicious, and passed on the palm-reading, instead getting to spend some more time with the friends we had made along the way. 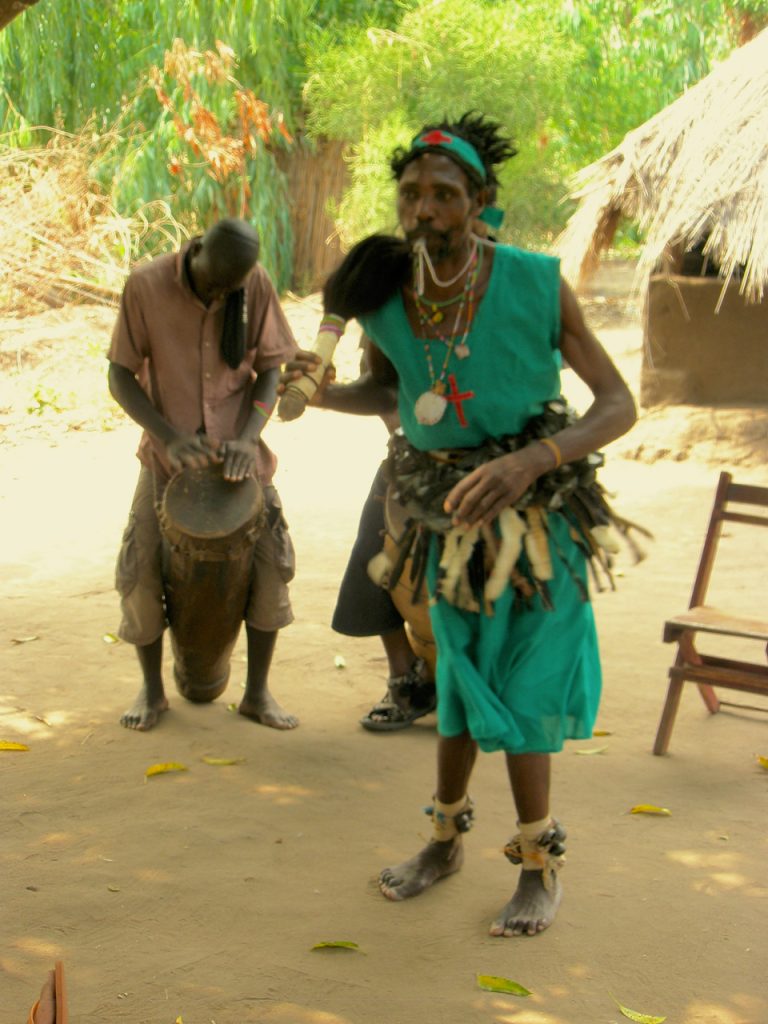 Eventually, our time in the village was up, and we headed back to our campsite, with several of the children we had met tagging along. They were all so funny, climbing on us, holding our hands, racing out in front of us only to turn around and race right back. The simple joys of being a kid… It was a great day, and a great experience exploring the village there in Chitimba Beach. The people were so giving and friendly, and left a lasting impression on all of us that day.

To start planning YOUR adventure in Malawi, click HERE......