A Day on the Links in Apollo Bay

A Day on the Links in Apollo Bay

One of the towns Cory and I stopped off in while traveling along the Great Ocean Road was that of Apollo Bay- a small fishing village right on the coast. We stayed there for a few days- caught up with some friends, took a fishing charter, relaxed in the INCREDIBLY nice hostel we were staying at- just took it easy. We weren’t stuck to a scheduled itinerary, and it was nice to be able to take things in at our own pace, not needing to hurry through any of the towns or sights along the way.

For example, on our typical ‘Wander around town to get familiar with the surroundings’ stroll the first afternoon we were in town, we noticed a local golf course situated right along the shore. The course was completely deserted, yet the fairways and greens were in great shape, and sitting there right along the dunes and rocks of the shore, it was such an ideal setting, we had to have a look. We meandered down to the clubhouse to see if the course was even open, but no one was around. There was a sign in the window stating the fees for a round (Something like $10AUD- SUPER cheap), and it seemed that they were accustomed to going on the Honor System at the Apollo Bay Country Club. Our problem became a lack of necessary equipment- for all the crap we were carrying around in our backpacks, somehow ‘golf clubs’ was left off the packing list. 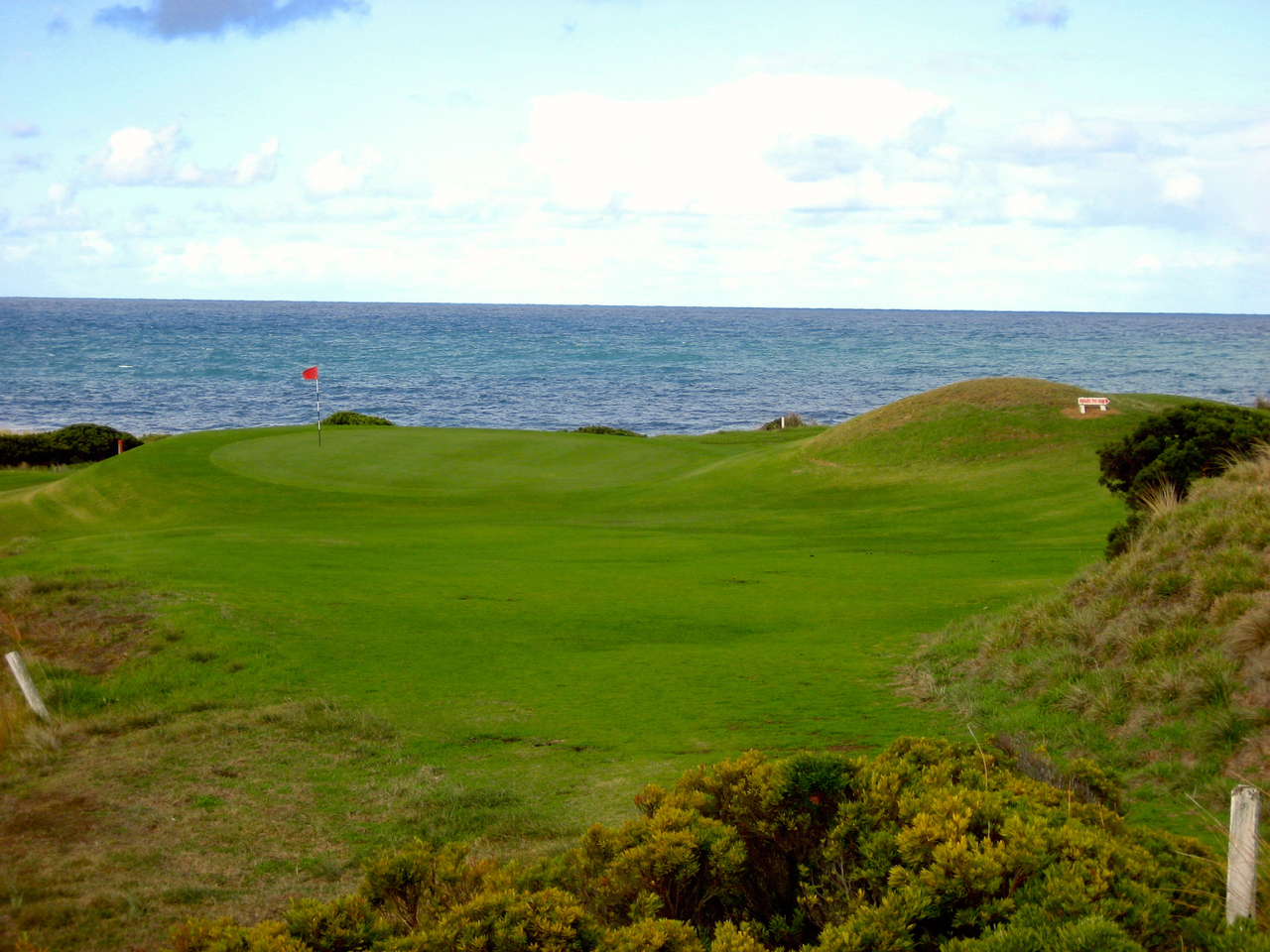 We headed back to the hostel to enquire about the possibility of finding some clubs we could borrow or rent, and were pointed towards a small sporting goods store down on the town’s main street. Feeling we were getting closer to our ultimate goal- hacking away on the links of Apollo Bay ‘Caddyshack’-style- we headed down into town. Luckily, the store was open for business (we were in Apollo Bay during the down season, so a lot of the businesses were on their off-season schedules), and they had just what we were looking for- a set of old, beat-down, decrepit looking clubs that were anxious for just one more look down the fairway. ‘That’ll do!’ we said, paid the man the rental fee (again- super cheap), bought some beat up golf balls, and made our way back to the clubhouse. 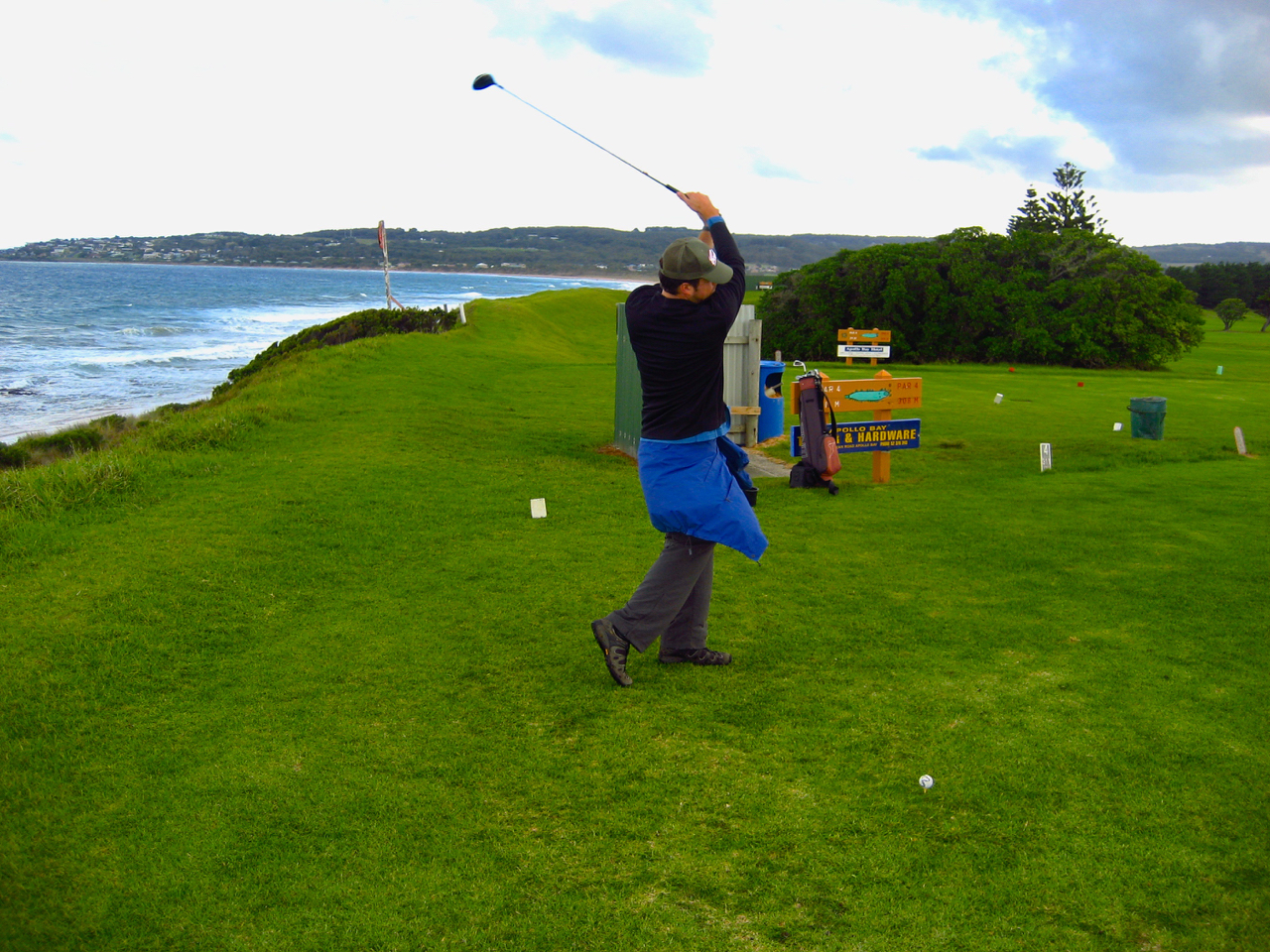 Not much had changed since our earlier visit, so we dropped our bills in the slot of the cashier’s window, and headed to the first tee. It had been a grey and dreary morning, but the clouds started breaking up as we tee’d off, and the sun began to peek through. It was incredible- here we were, in a tiny town on the south coast of Australia, teeing it up on a pristinely-kept local golf course (For about $20AUD), no one else around. The greens and fairways a brilliant green, the murmur of the surf and the calling of gulls filling the air- we were pretty stoked. All we could do was breathe in the fresh ocean air and grin at each other as we took a few practice swings. We both realized how lucky we were to be in that spot, in that moment, totally free of any worry or concern, solely focused on soaking up and enjoying the ‘here and now.’ It is a unique and incredible feeling. ‘FORE!’ I yelled, to no one in particular, laughing as I stepped up to my ball. A smooth backswing, a solid drive to get the round started, and we were off! 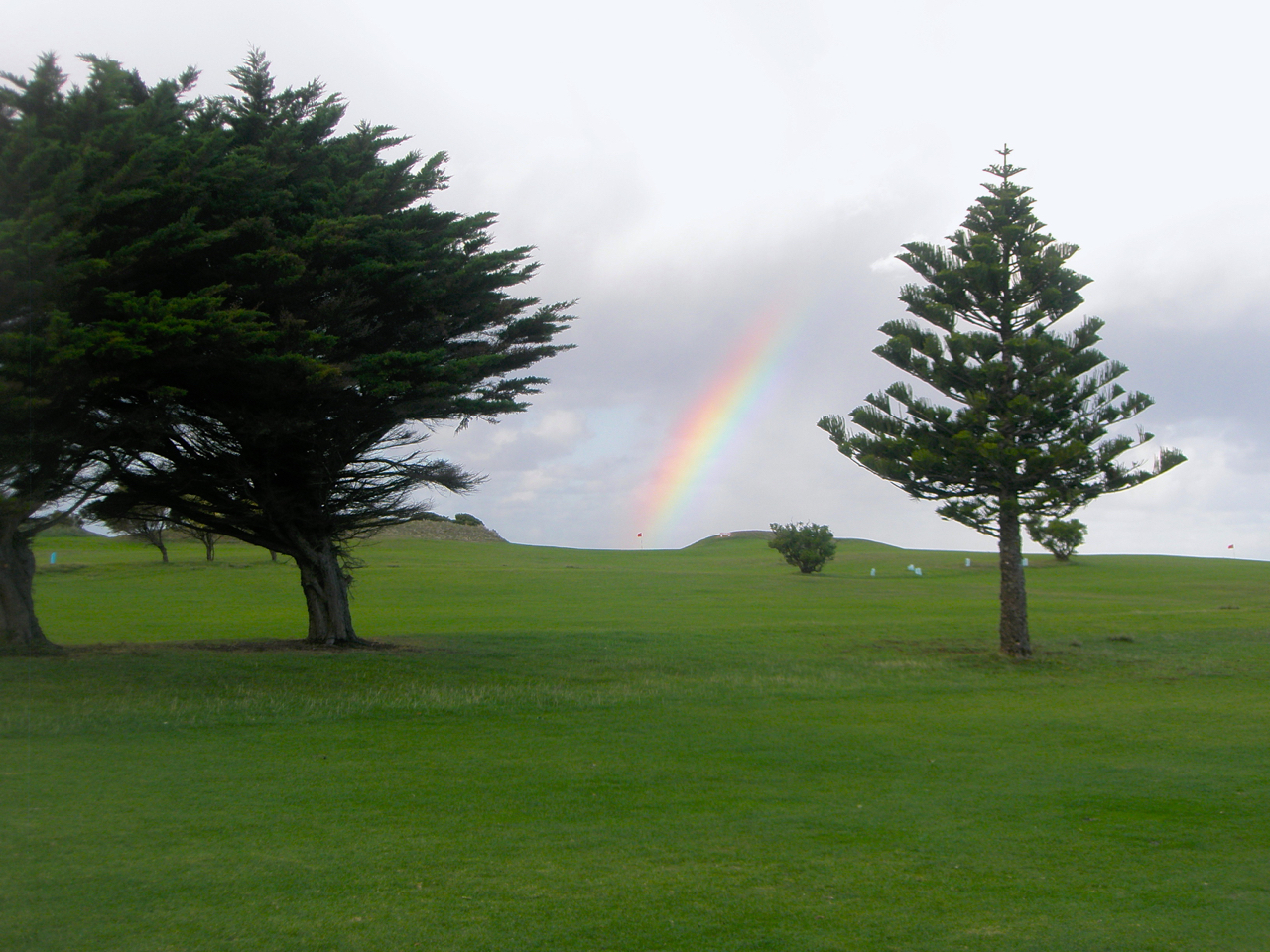 Hoping to get lucky with a hole-in-one...

It was an awesome day on the links of Apollo Bay. The weather was continually changing as we played- the sun out one minute, causing us to shed jackets and hats, then a brief rain shower the next, creating rainbows that stretched as far as the eye could see. We kept a rough ‘score’ of the proceedings, betting an Aussie dollar a hole or something like that (come to think of it- I think Cory still owes me…), but really just goofed off and enjoyed the freedom of having the course to ourselves on such a great afternoon. We had a blast- got some great ‘action shots’ of us dominating the course, Cory almost got a hole-in-one, and we just took our time, enjoying everything along the way. A day on the links along the stunningly beautiful coast of southern Australia- honestly, it is probably the most memorable round of golf I have ever played, and I am sure will remain so for a long time to come. 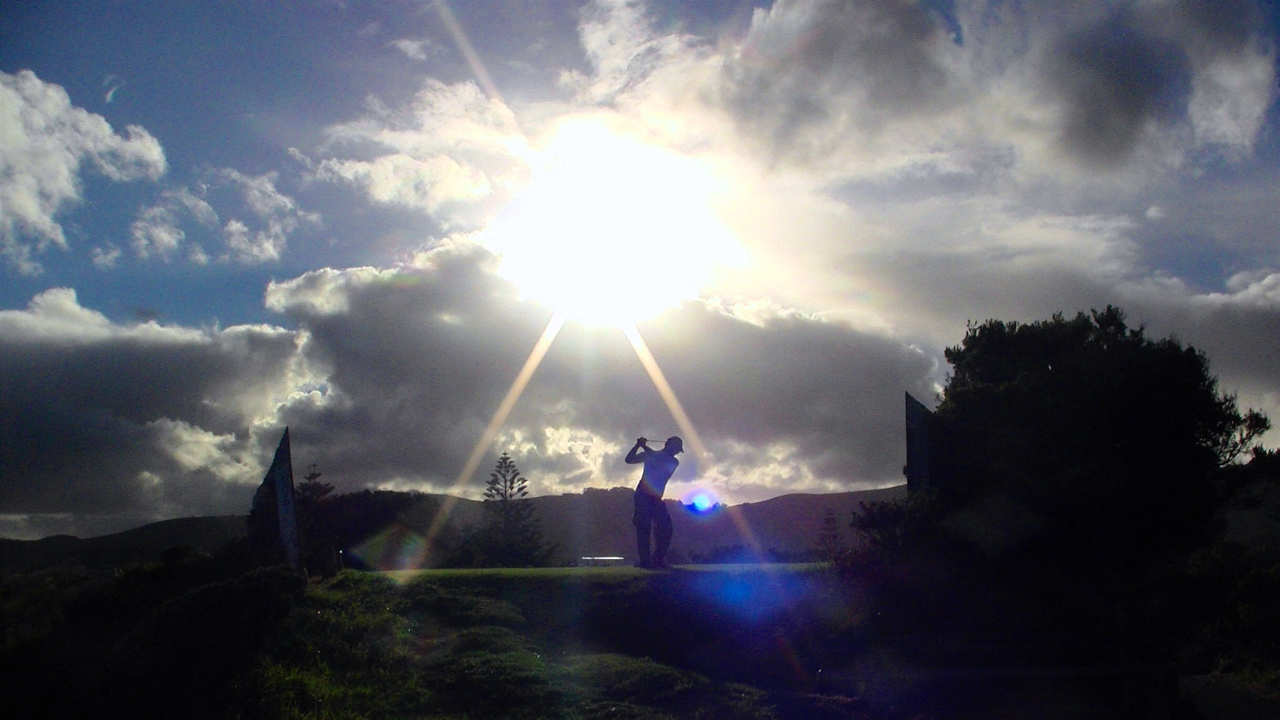 A beautiful day on the links in Apollo Bay

To start planning YOUR adventure through Australia, click HERE......