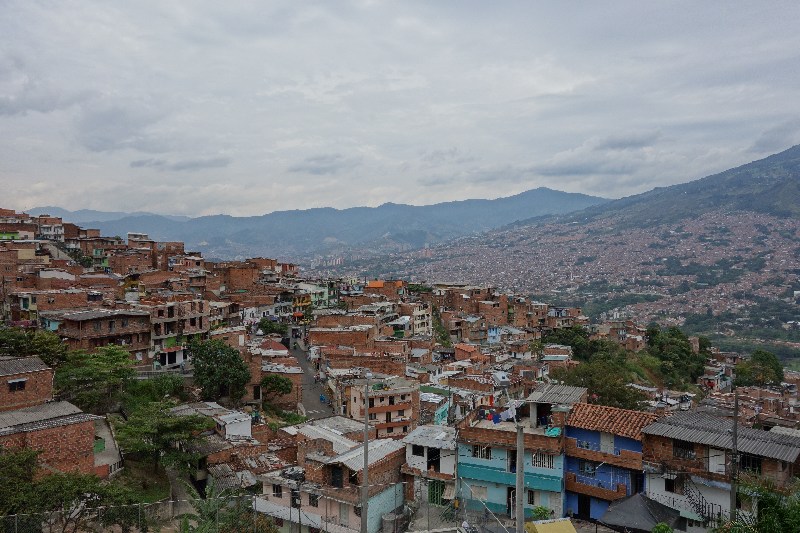 After I left Cartagena, I decided it was time for some cooler weather, and hopped a plane to Medellin- aka The Drug and Murder Capital of the World, circa 1990. Lucky for me, times have changed in Medellin, and today it is more well known for its proud resident paisas, its magnificent parks, its raucous nightlife, and its temperate climate. After Cartagena, any place called ‘The City of Eternal Spring’ sounded just about right…

I landed in Medellin, marveling at the rolling hills and deep valleys during the approach into the airport, and excitedly hopped on the bus into the city. It had been an early morning- 4am taxi, 2 hour mini-bus ride to the airport, 8am flight from Barranquilla to Medellin- but the cool breeze and crisp morning air were a welcome change from the heat of the coast, and I was anxious to get into the city, drop my bags, and start exploring. The change of scenery had me invigorated, and once again, I had a new city at my fingertips. 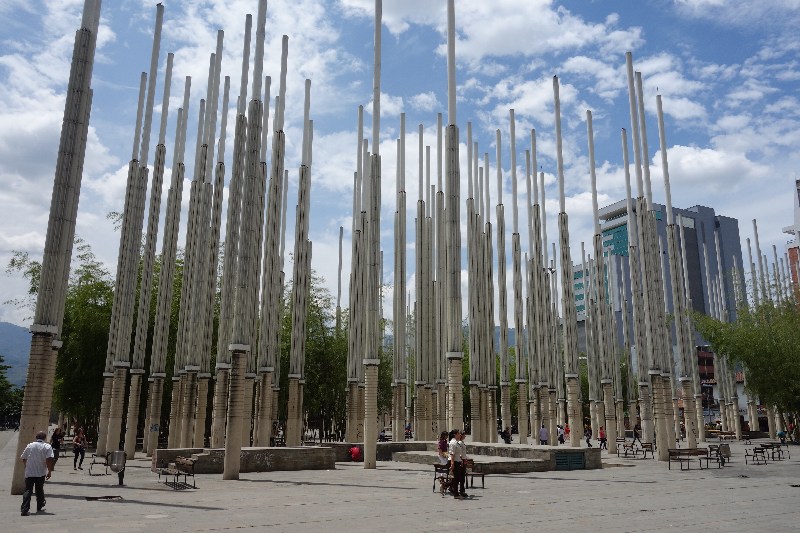 Medellin was awesome- a great city with an amazing combination of urban ruggedness, artistic chic, and a unique attitude bent on leaving the dark days of the drug wars behind. The city is speckled with pristine parks and numerous green spaces, contrasting against the modern building and remaining colonial architecture. I spent my few days in Medellin exploring a few of the local parks, taking in the Botanical Gardens, riding the impeccable Metro (with the ski-lift-like Cable Car included), and having a night out in the infamous Zona Rosa. Needless to say, it was a quick three days- way too quick, in fact- and before I knew it, it was time to head to the next stop of my tour through South America- Bogota, the capital city of Colombia. 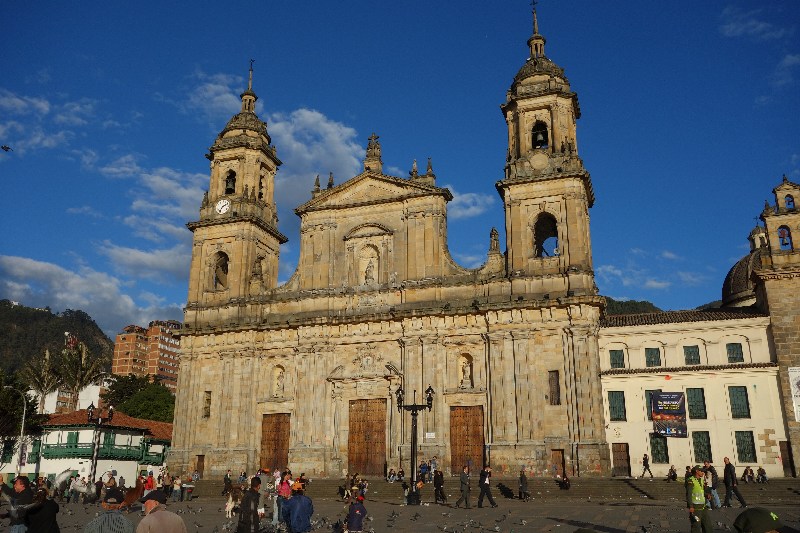 Bogota has a bit of an edge to it- as any city that boasts a local graffiti tour as one of its highlights would, I suppose. That was one of the first things that I noticed as I headed into the city- there was graffiti EVERYWHERE. Monuments, buildings, statues, construction barriers, buses, taxis- it definitely created a sense of urban ruggedness as my taxi wound its way through the city streets to my hostel. I stayed in an older part of the city- an area called La Candelaria- packed with narrow alleys, close cafes, and shops and restaurants right on top of each other. Want traditional Colombian food? No problem. Fancy a pizza with cheese in the crust? You got it. Craving a humongous kebab or a Mongolian stir-fry? You can find one on just about every corner in La Candelaria. Needless to say, as my taxi pulled up to my hostel, I was ready to explore…

I checked into my hostel- a sprawling complex of rooms, courtyards, open-air gardens, and sitting areas- and happened to bump into a group of Irish travelers who were setting out on a guided bicycle tour of the city. Hmmm…? A group of Irishmen, on bicycles, in Bogota, Colombia. Sounded like a recipe for OF COURSE I’ll go along! The Irish- they’re always such great craic! I dropped my bags, grabbed my camera, and off we went. 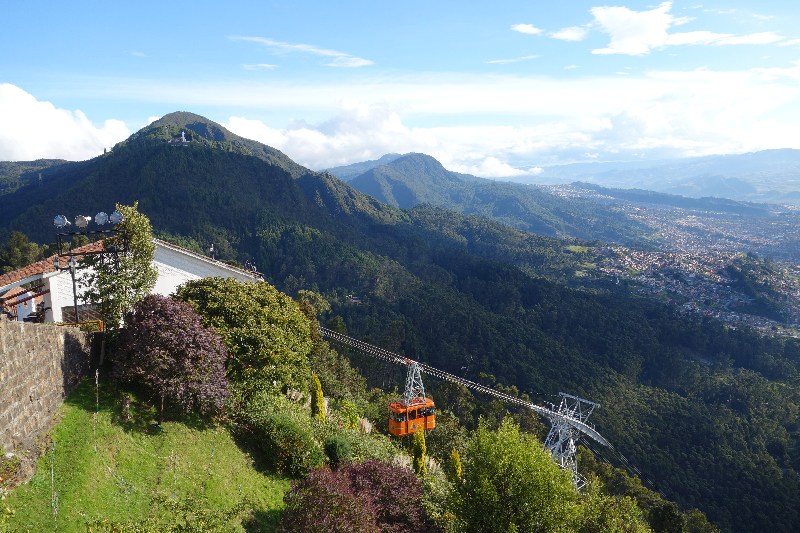 Bogota was incredible- I have to admit, I was a bit suspicious at first, with all the graffiti everywhere, but I suppose it has just become a part of the culture and status quo in Bogota. Beneath this urban front is a magnificent city full of amazing sights, sounds, and people. I spent my few days exploring the city, visiting the impressive Museo de Or (Gold Museum), venturing up the Cerro de Monserrate, and learning a bit of salsa along the way- let’s just say that Colombian girls have a way of making you want to dance, and leave it at that… It was a great three days, but again, they went by much too quickly, and before I knew it, it was time to move on.

An overnight bus and a quick stop in the southern town of Popayan, and then I would be on my way to Ecuador… Let the adventures continue! VAMOS!

For more information on traveling through Colombia, click here.

For more on The Backpack Professor's travels through Colombia, click here.