Guilin and the Li River

Guilin is a city in southern China, well-known for its amazing karst limestone landscape and its proximity to the incredible Li River. Most popular for tourists looking to cruise down the Li River, Guilin has plenty of its own sights to see, with incredible lookouts located right within the city. The ‘Seven Star Park’ is a great place to visit, not only for its scenery, but also for its unique take on life in Guilin. The Jingjiang Princes’ City has a great lookout from atop the ‘Solitary Beauty Peak’, as well as some interesting engravings and historical architecture to view. Just chilling out along the shores of the Li River is an experience- people swimming, kids playing, and massive boats and barges paying no attention whatsoever. The nightlife is hopping in Guilin, with plenty of restaurants, bars, and clubs catering to the tourists that flock to the city. 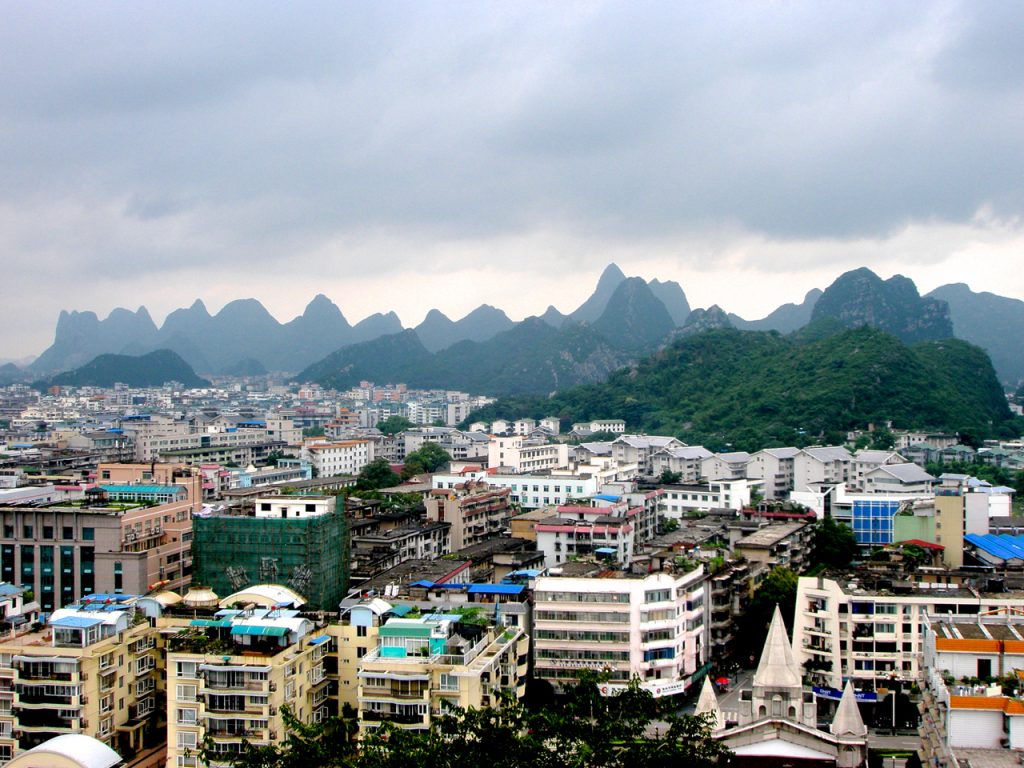 Most of these tourists come to cruise the Li River- an amazing scene of karst limestone formations and unique countryside found few other places in the world. Giant mountains of rock just up from the riverside and surrounding hills, creating a scene that is hard to believe, even when you’re looking right at it. It is stunningly beautiful, and a great day spent relaxing on one of the countless riverboats that ply the river.

Guilin can be accessed by the Guilin Liangjiang International Airport, as well as by several train and bus services.

Things to do in Guilin 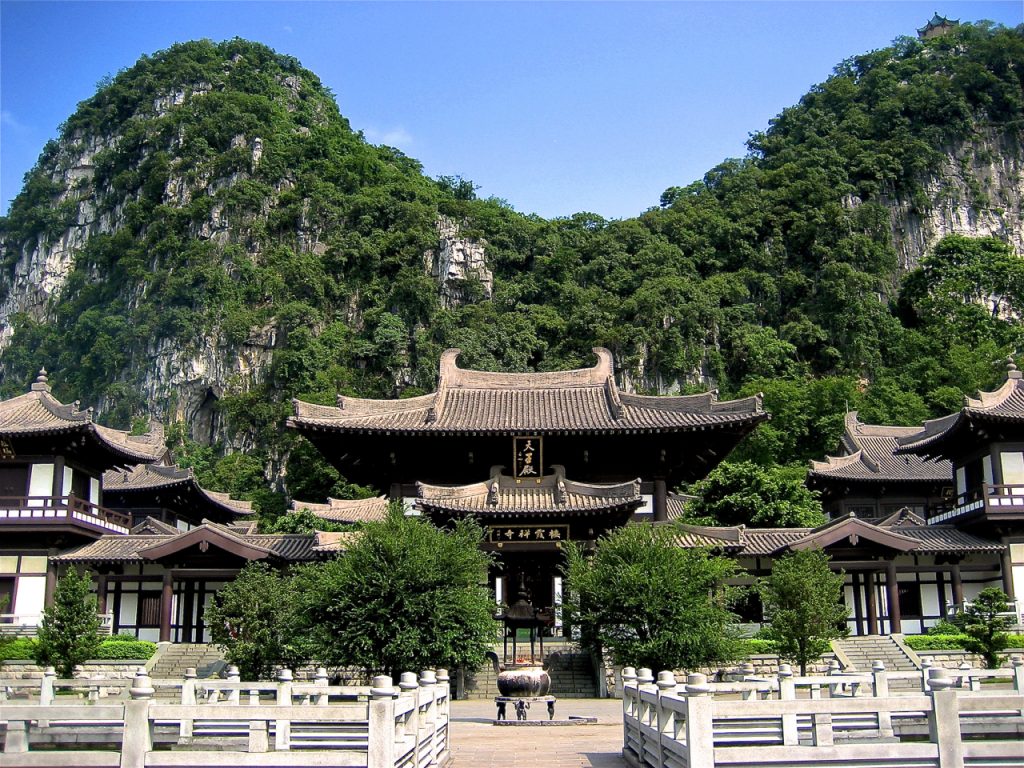 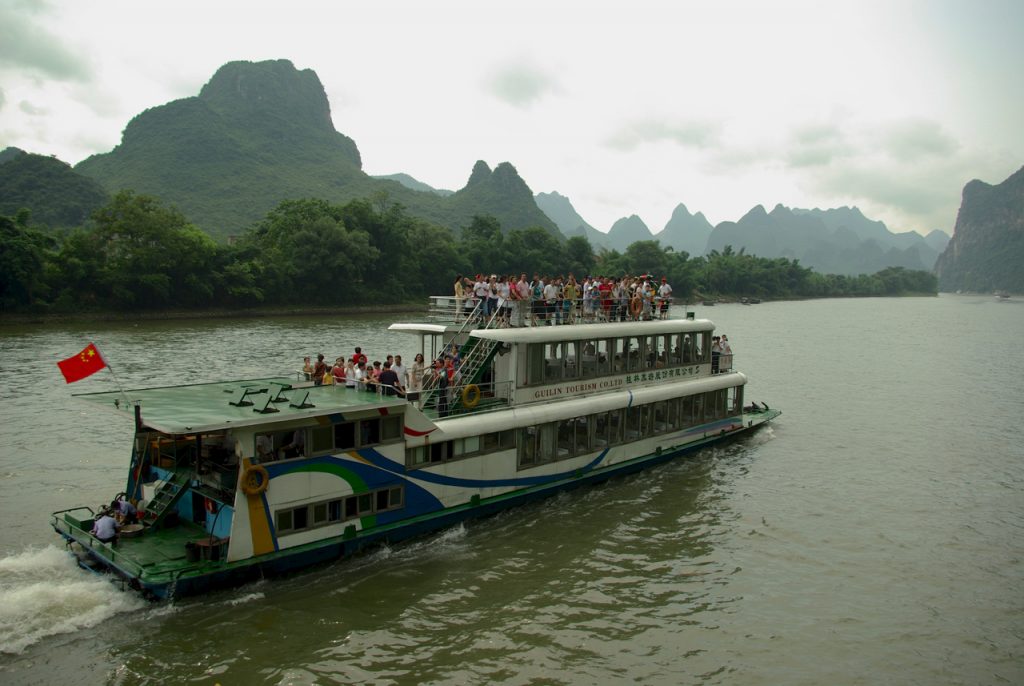 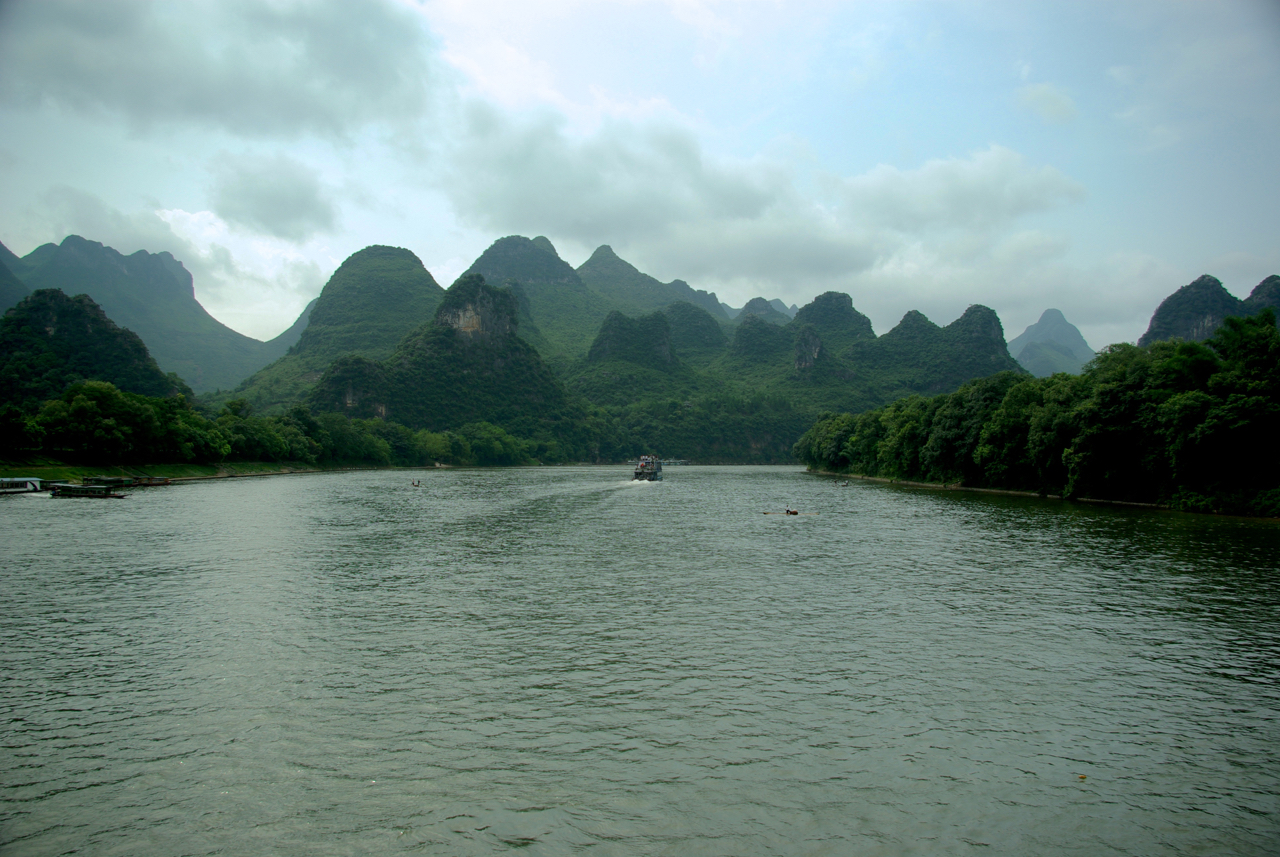